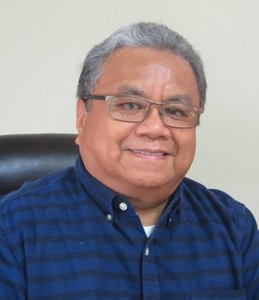 Why do we have to study and interpret history? It is a universally accepted fact that history helps us develop a better understanding of the world, of ourselves, of other people. History teaches a working understanding of change. And finally, the study of our history makes us better decision makers.

The presence of CICM in La Union dates back to January 1910. That was 110 years ago.

A few days ago, I took out from my personal library one of the few existing books on the history and heritage of CICM in the Philippines. From this book, I will now read three paragraphs which describe the beginnings of CICM presence in the Province of La Union. Afterwards, I would dare to extract, if you would allow me, some lessons learned or insights seen, which could enlighten our commitment as educators and as an educational institution now, 2020 and beyond.

“In January 1910, from Baguio, Father Serafin Devesse visited the Bagos in Pugo and surroundings. Neither Pugo nor Tubao had seen a priest for a long time. He heard plenty of confessions and administered the sacraments to the sick. The people discussed with him the possibility of building a chapel and getting a permanent catequist. He visited also Saitan (near Rosario, La Union) and nearby barrios. The people were proud to tell that the Aglipayans had tried to win them over, but they had been categorically rejected.

In July 1910, Father Provincial decided to appoint Fr. Gerard Martens as the first CICM parish Priest in Pugo. In 1911, Fr. Maurice Vanoverbergh was assigned in Tubao.

In Pugo, Fr. Rene de Pauw had four flourishing schools in the center and barrios. The government was cooperating by promising that no public schools would be established in the area. In neighboring Tubao, Frs. Martens and Beurms had started a school in a barrio and more than 100 children were attending catechism classes on Sundays.

Father Karel Beurms was assigned in both Pugo and Tubao for many years. He organized a school system in La Union and was for a while given an official assignment by the Department of Education. That was from 1913 to 1939.”

First: “… from Baguio, Father Serafin Devesse, visited Pugo and Tubao, who had not seen a priest for a long time. The insight is: go beyond borders and reach out to the forgotten always. The CICMs just arrived in Baguio and they were already planning to visit “other” places, for “there might be some communities who have not seen a priest for quite sometime.”

Second: “… the people discussed with the CICM missionary, the possibility of building a chapel and getting a permanent catequist.” Lesson learned: the missionary is always in dialogue with the persons concerned; planning and executing together whatever plan they wish to accomplish and preparing the people to manage the plan after the CICM has gone (to another place). The missionary will move on. The people stay put. It is important to prepare their local leaders. Dialogue, participation and capacity building.

Third: “ … in Pugo, Fr. Rene de Pauw had four flourishing schools in the center and barrios.” Insight extracted: the desire and the commitment to be creative and innovative so that the project (be it school, radio, parish, formation center) will be flourishing. We should not to be contented with the minimum, with the routinary. We have to move on from a “back-to-the-same-business-as-usual” mentality. Our efforts have to be transformative always.

Fourth: “ … Father Karel Beurms, assigned in both Pugo and Tubao for many years ... organized a school system in La Union and was for a while given an official assignment by the Department of Education.” Lesson learned: the wisdom and the effectiveness of collective effort. We have to bond together; socialize and share selflessly our best practices in the spirit of solidarity and synergy. Pope Francis recently urged us to put into practice the “synodal approach” in Church and in Society.

In sum, what I am trying to emphasize is the following: our mission has always to be reformed/transformed in the light of the gospel imperative, i.e. to be closer to the lifestyle of Jesus: prophetic, compassionate, creative and joyful. This is the main message of the First Reading and the Gospel of our Eucharistic Celebration today.

The CICM mission has to transform itself and face up to the challenges of a rapidly evolving world. With new situations come new interpretations for strategic actions, but always inspired by and deeply rooted in the CICM prophetic orientation. Thus, achieving a new synthesis between tradition and transformation will be essentially the desired missionary outcome for the CICM in the years ahead.

What about the CICM Mission of Tomorrow? In view of new realities, we need to rekindle the missionary spirit of the congregation, and possibly to “remarket” it to the discriminating taste of society. By this we hope to see aright the foundational purpose of the CICM to which we can align our present efforts.  Accordingly, institutional strategies, deemed as means to an end, no matter how simple or sophisticated, derive their significance from the CICM mission.

Without a comprehensible and shared mission that everyone can identify himself to, strategies lack the necessary basis and legitimacy.  The synergy derived from learning from and building on the CICM heritage and looking forward to carrying out the mission together implies developing a clear roadmap for the CICM.

This further means crafting a transformational blueprint that includes innovations on how to effectively promote and make the CICM a change-adept and a relevant congregation in a rapidly changing world.   In the level of policy, programs, and plans, this calls for preparations for possible transition stages leading to the implementation of crucial developments that inevitably affect the CICM mission in the future.

Theophile Verbist’s genius concerning the relevance of going out to the world to proclaim Jesus Christ lies in the missionary imperative to remain focused on the future of the CICM. With creative fidelity to the mission, the potential to build a better world for everyone, particularly for those vulnerable to social marginalization and exclusion, can be realized.

Accordingly, in this age of neo-liberalism, we need to reflect and act together on ways to bring back with renewed vigor the Gospel values to a society that tends to downplay solidarity with the poor, environmental sustainability, and social justice.

The CICM must remain faithful by constantly renewing its purpose to the spirit that animates its very existence. This cannot be emphasized enough, for the renewal of the CICM mission in the age of globalization, for one, means a revitalization of genuine missionary consciousness and prophetic dialogue with other traditions. This is as pastoral as intellectual a concern that the congregation can invest in, in terms of preparing confreres for on-going formation and further studies.

Arguably, in today’s world, where knowledge is the prime resource, the CICM can become more flexible in its formation program of future missionaries. Getting missionaries in the scholarly mold is itself a missionary response to complex problems.  Consistent with the Vatican II spirit, the visionary Superior General O. Degrijse lucidly saw such initiative of capacity-building and of reinventing themselves in terms of specialization as a wise step to help prepare CICM missionaries deal adequately with different mission situations in the world. But these CICMs with a specialized academic training should always remain having a humble heart, ready to serve and not boast of their degree.

Therefore, from the strategic management perspective, it is both the practice and discipline of reflective mission performed in the spirit of the distinct CICM ad extra trajectory that can truly motivate, justify, and sustain the continued relevance of the CICM in the future.

What is it that we want to achieve with the CICM mission? Do we know what it takes to reach our goals? How much of our resources are we willing to commit and risk on this life-defining mission? Does today’s value-system still care for something like the CICM mission? An environmental scanning and some scenario-mapping in the future will help situate the prospects.

So, what is today’s situation? Does evangelization still have any value in a widely consumerist and threateningly cut-throat world? Has today’s market-driven global society somehow blurred the CICM optic of prophetic raison d’être in a world seeking God’s liberating presence in the midst of people’s large-scale helplessness? To be sure, for the CICM mission to flourish and make a difference in the changing times, it must remain firm in its missionary resolve yet ever flexible in implementing its strategies.  Through this it can attain to its avowed mission of social transformation through pastoral evangelization and missionary commitment.

We give thanks to a group of men (CICMs) and a group of women (ICMs) for their missionary work here in La Union. With gratitude, we say AGYAMANKAMI APO! So as not to forget them, we pledge to preserve their legacy and continue the good works they have started.

I would add: thank you dear colleagues of SLC San Fernando, for your unwavering support and dedication to our common mission as a Theophile Verbist inspired missionary institution. Agyamankami kadakayo!