Stay up to date on everything happening in and around school 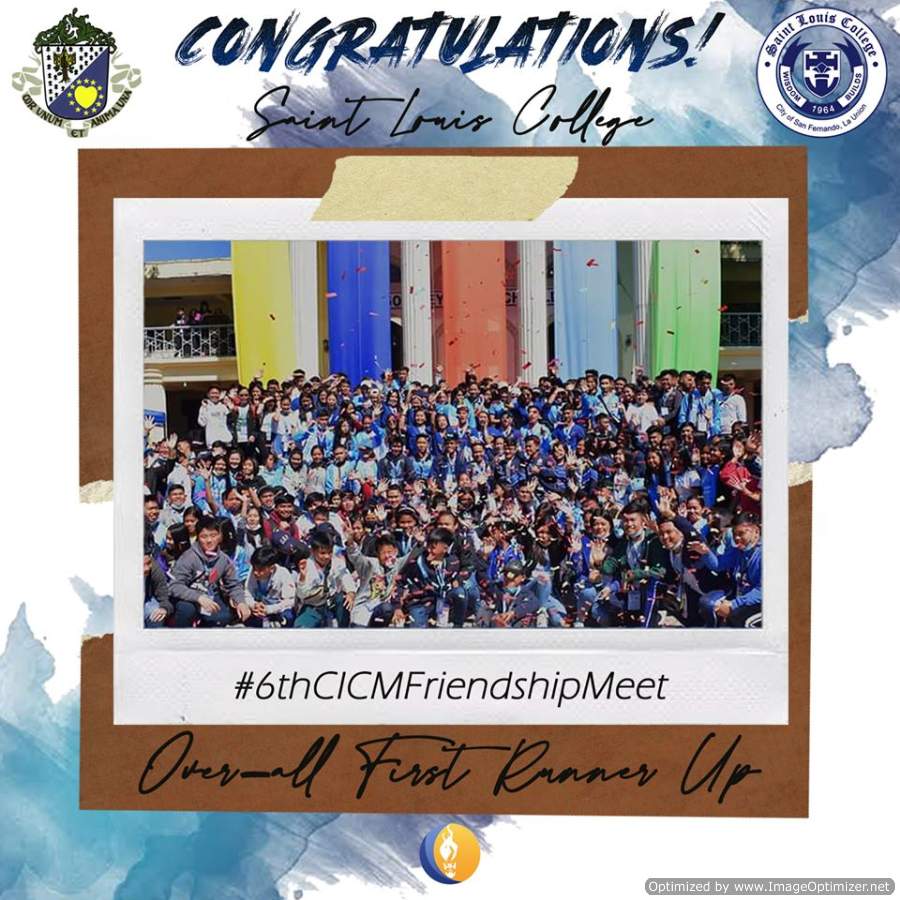 Waving the flag of friendship and victory, Saint Louis College of La Union (SLCLU) joined the other CICM schools in academic, sports and cultural competitions and bagged silver in the 6th Friendship Meet at Saint Mary’s University in Bayombong, Nueva Vizcaya, Feb. 4-8.

Headed by their president, Fr. Ramon R. Caluza, the 300 SLCLU delegates attended the Eucharistic celebration with Rev. Fr. Jessie M. Hechanova, CICM Provincial Superior, as the mass presider; then, they participated in the parade and opening program on the first day.

The opening featured the march of the presidents and student leaders, lighting of the cauldron, and hoisting of the school banners. Rev. Fr. Rex C. Salvilla, chairman of the CICM Provincial Committee on Education, officially declared the opening of the friendship meet.

Different academic, sports and cultural competitions filled the next three days. Below were the events and the awards garnered by SLCLU delegates.

The awarding ceremony and the announcement of the next host school highlighted the closing on the last day. Dr. John Octavious S. Palina, SMU president, handed over the CICM Friendship Meet banner to the representative of Saint Louis University as the host school of the next meet in 2022.